Both D. V.I. federal courthouses are closed “until further notice,” according to the federal courts’ website. National Law Journal reported after Irma and before Maria that the St. Thomas courthouse was damaged by water. This vivid September 20 local report describes the post-Maria devastation on St. Croix and notes, “A solar energy field at the District court of the Virgin Islands in Golden Rock was laid to waste.”

UPDATE: on September 28, the D. V.I. clerk’s office announced that the court remains closed in both divisions until further notice but that court personal are available by phone. 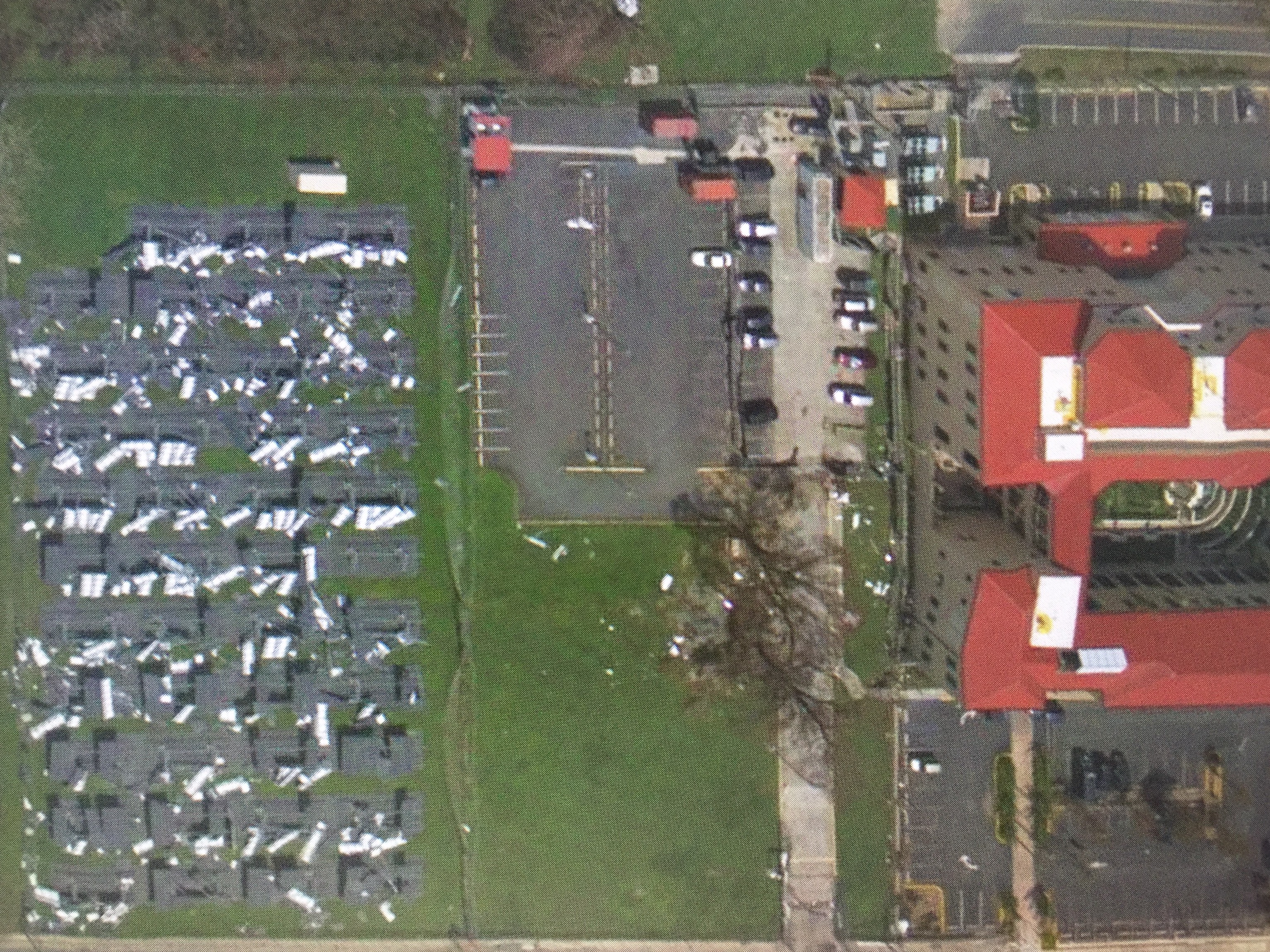 A post-hurricane image of the federal courthouse in St. Croix (on right with red roof) and the courthouse’s solar-panel field (left). Screenshot from NOAA website, original image here.

This New York Times story reports that St. Thomas “took a beating” from Irma and St. Croix “was pummeled” by Maria, and the USVI governor is quoted to say, “It’s going to be a long road to recovery. We have to prepare ourselves mentally, manage our expectations realistically and we will get through it.” 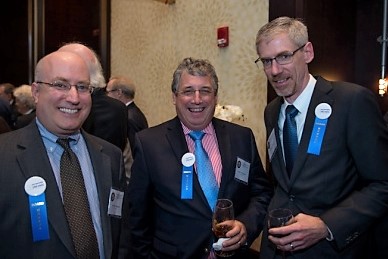 Andrew Simpson, center, in happier times at the 2017 Third Circuit conference. Also pictured are Howard Bashman, left, and me, right.

The president-elect of the Third Circuit Bar Association is Andrew Simpson, who lives and practices on St. Croix. Today he emailed me this first-hand account (lightly edited, emphasis added) of the situation on the ground:

I’m fine, as are all of my staff members and their families.  Amazingly, I have high speed internet and my phone service at my office. I had minor water damage (wet carpets).  I still don’t have power here, but can run off my generator (which will not power the A/C and it is 87 degrees in here right now.

The solar farm that provided power to the District Court building on St. Croix was destroyed. It’s been described as a mangled mess. We have not had a single ECF message from the court since before Maria passed (so I doubt that it came through “fine”).  [A few minutes later he emailed again to say he’d just received his first post-Maria ECF notice.] The Supreme Court of the Virgin Islands also has not put out an electronic message since Sept. 18.

Since I have high speed internet access, I’ve set up a free wifi hotspot for the public here. I know that Magistrate Judge Cannon’s permanent law clerk is planning on using it today, so, again, I doubt that the court is fine. Members of the bar on St. Croix that I know are OK (mostly because they have come to use my free wifi hotspot in the last couple of days)

Most law offices that I have seen in Christiansted appear to be relatively OK. I’ve seen a broken window or two on some of the offices, but no major structural damage. Power in Christiansted is rapidly being restored. All offices that were served by an underground feeder should have power in the next day or so. The lineman working on my street says that I should have power next week (I am not served by an underground feeder, unfortunately).

We are under a curfew that allows us out of our homes from noon to four pm only. That is expected to last at least through the end of this week before it is expanded slightly.

Note that the Third Circuit home page indicates that deadlines for us have been extended until September 29 only. That definitely needs to be extended as we can’t get into our offices to work for any length of time (we need to use the curfew as “hunters and gatherers” to secure food, gas, etc. in those precious four hours) and even if we can get to our offices, most still do not have power, phone or internet. And, many of us are focused on damage at our homes during the hours when we are confined there (again, I have been fortunate and suffered only minor damage but have already logged a good 30-40 hours clearing away brush from my house).