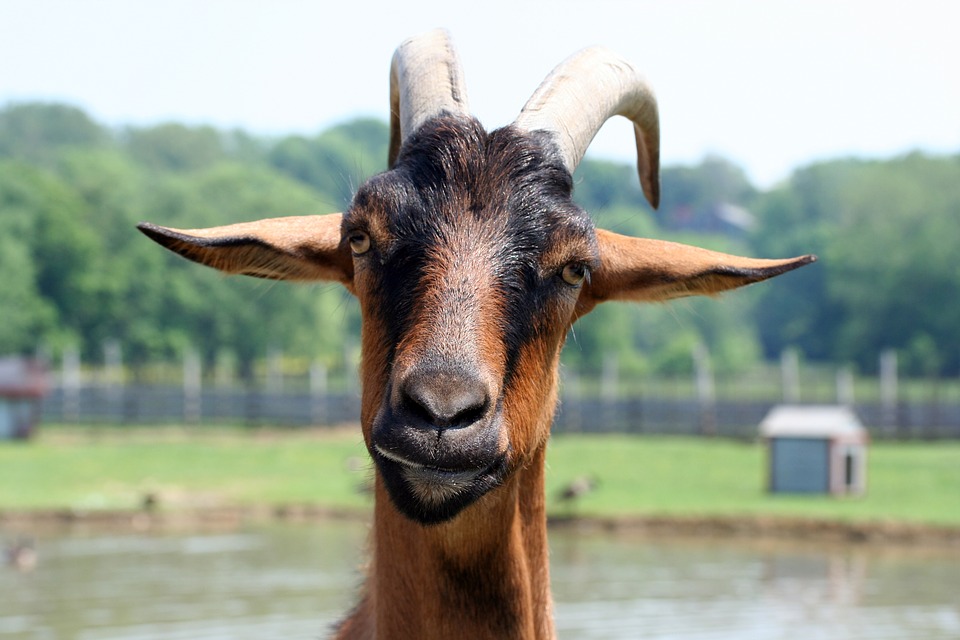 If you ask most normal lawyers what it takes to become a good appellate lawyer, I suspect the answers you get would boil down to something like this:

(1) be born freakishly smart, and

(2) possess people skills so deficient that you’re not able to pull off other, better-paying lawyer gigs.

This is wrong. Sure, brainpower helps, and so does an affinity for monkish solitude shackled to your computer. But innate brainy introversion isn’t the key to being a good appeals lawyer. The real key, I’m convinced, is sheer cussedness, a goat-like determination to win cases and to continually improve.

What, “Be Goat-Like!” isn’t the professional inspiration you clicked on this post to receive?

Okay, fine. Here, more wordily, are my big ideas on how to become a good appellate lawyer:

1. Find winning issues. There’s a Statue of David inside every big hunk of marble, but most sculptors settle for something far less. Is there a winning issue inside every appellate record? No there is not, says this bitter habeas lawyer. But digging for the strongest issues, and the strongest ways of framing them, is what sets great appellate lawyers apart from all the great-seeming ones. It’s so, so much less work to find the competent-sounding losing issues that everyone else cheerfully settles for than it is to keep hunting for the winners. That hunting is anything but glamorous. To everyone else, your “relentless” looks quite a bit like “unhinged.” Then, after you finally find the winning issue, it just looks obvious—everyone figures you’re just the lucky schmuck who bumbled into another good claim. So be it. Everything else you do during an appeal, all your Garner-approved issue statements and Butterick-approved typography, are mere pinstripes on your race car: the issues you find and frame are the engine.

2. Learn to write clearly. Some things you either have or you don’t, like long legs or Judge Ambro’s voice. Writing ability ain’t like that. Writing is a skill, which means the way to become competent is to set out on a deliberate course of study. Ever made a conscious decision to improve your writing, and then followed through on that decision over a period of months and years? No? Then (a) your writing probably stinks (sorry!), but (b) dramatic improvement is there for the taking.

For appellate advocacy, the #1 most important thing is clarity. When you write sentences that judges and clerks can understand without re-reading them three times, good things happen. To get started, pony up for a boring and stupid-expensive book you’ve probably never heard of: George Gopen’s The Sense of Structure. (Not quite as good, but far less expensive: used older editions of Joseph Williams’s Style.) Thank me later.

3. Learn tone. The #1 thing that other good lawyers get wrong but good appellate advocates get right is tone. I’ve blathered on about tone already in the context of oral argument, and the same basic points apply to brief-writing, too. Said I:

The right tone for appellate oral argument is a challenge to define. Be crisp and prepared but not wooden. Be reasonable but not wishy-washy. Be persuasive but not too emphatic. Four parts advocate, one part law professor, add just a dash of actor. It’s hard enough to define the right tone—summoning forth that tone under the knee-melting stress of argument is much harder, and maintaining it under fire is hardest of all.

Most oral advocates, in my view, err on the side of over-certainty. We argue as if the law is all obvious, the facts on each point overwhelming. The problem isn’t just that adjectives and adverbs don’t persuade, or that appellate judges bristle at bombast. The deeper problem is that judges don’t want to hear how easy and obvious your case is. If they thought it was that simple, they probably wouldn’t have granted you argument.

Our natural impulse is to assure the judges how overwhelming our side is, but most judges don’t want pat answers to hard questions. They want lawyers who know the facts and the law cold who are willing to help them grapple with the hardest parts of the case. You ain’t much help with the grappling if all you can do is deny that any hard parts exist.

The best way to learn tone, in my view, is to study how the great appellate advocates make their points. Pick two or three you admire (if you need some ideas, try here), get some of their briefs, and get reading. How do they talk about the ruling below, the other side’s arguments, and their own weakest points? Spoiler alert: it’s not the same way the crummy lawyers do.

4. Indulge delusions of grandeur. In reality, who is likely to read your brief with real care? Opposing counsel. The clerks. The judges, probably. Maybe mom. Will the quality of this brief meaningfully impact your professional reputation? Probably not. Heck, will anyone even notice whether you swung for the fences or just went through the motions? Quite possibly not.

That realization, friends, is the reef upon which many a promising appellate career founders. Why put in 100% effort on one appeal, when you can put in 25% effort on four, and get paid for four, without anyone the wiser? Your clients won’t know, the judges won’t care, and everyone else is too busy on their own cases to notice.

Why, then? One answer to this question comes from Anthony Bourdain of all people. In Kitchen Confidential, the book that launched him from restaurant anonymity towards TV fame, he describes the difference between his own middling cooking career and a contemporary’s he admired:

Now here, exactly, is where our career paths divide.

Scott had some chops now. He was good on the line. He had a résumé, some notable names and recommendations, working experience, exposure to France and French food.

So did I, at that point in my career. I was good! I’d been to France. I had a CIA diploma—at a time when that was a pretty rare and impressive credential. So, what the hell happened? How come I’m not a three-star chef? Why don’t I have four sommeliers?

Well, there are lots of reasons, but one reason is that I went for the money. The first chef’s job that came along I grabbed. And the one after that and the one after that. Used to a certain quality of life—as divorcees like to call it, living in the style to which I’d grown accustomed—I was unwilling to step back and maybe learn a thing or two.

Appellate lawyers, like chefs, only achieve our potential if we’re single-minded about what we want to do and how well we want to do it.

That means putting in the (unpaid, invisible) work between cases learning skills and confronting weaknesses. It also means, on each case you do, indulging your delusions of grandeur. Treat every brief and every argument like it’s the one that judges and lawyers will notice—and will take your measure by.

Because one day, it will be.